Our beloved Circle Secretary Com Mangesh Parab is retiring on 31st October (superannuation).programme has been organized for felicitation  on 31st Oct at 5.00 pm in the auditorium 2nd flr Annexe bldg GPO.
All are requested to attend the same and make the function a great success.

2015 NOVEMBER 19th
(a)   MASSIVE DHARNA AT JANTAR MANTAR, NEW DELHI. ALL NATIONAL JOINT COUNCIL OF ACTION LEADERS (RAILWAY, DEFENCE & CONFEDERATION) AND ALL STANDING COUNCIL MEMBER WILL SIT ON DHARNA.
(b)   NATIONWIDE PROTEST DEMONSTRATIONS IN FRONT OF ALL WORK SPOTS AND OFFICES.

The National Secretariat Meeting of the Confederation held at Hyderabad on 09th October 2015 while endorsing the decision of the National Joint Council of Action (Railway, Defence & Confederation) to organize massive protest dharna at Jantar Mantar, New Delhi on 19th November 2015 and also Nationwide Protest Demonstration in front of all works spot & offices, has decided to further intensify the protest action against the negative attitude of the NDA Government by organizing the following programmes: -
(1)   2015 November 2nd to 6th - Campaign Week.
(2)   2015 November 6th – Nationwide Mass Dharna at all Important centres.

The Campaign and Protest Dharna will be organized mainly on the following three issues: -
(1)   Non Settlement of any of the legitimate demands raised by the JCM Staff Side, National Council by the NDA Government.
(2)   Causing engineered delay by the Government in the submission of 7th CPC report by granting four months extension upto 31st December 2015, even when the Pay Commission was ready to submit its report within the stipulated time i.e. 28th August 2015.
(3)   Unwarranted intervention of the Finance Ministry in the independent functioning of the Pay Commission by issuing a statement asking the 7th CPC to factor into its report the fiscal concern of the government and thereby to pressurize the commission not to recommend wage rise on the basis of a sound and scientific formulation.

All affiliated organizations and C-O-Cs are requested to implement the above campaign and protest programme throughout the country in a most befitting manner.

The Cabinet on Wednesday decided to double the wage ceiling for calculating bonus to Rs 7,000 per month for factory workers and establishments with 20 or more workers.

“The Payment of Bonus (Amendment) Bill, 2015 to enhance the monthly bonus calculation ceiling to Rs 7,000 per month from existing Rs. 3,500 was approved by Union Cabinet here,” a source said after the Cabinet meeting.

The amendment bill will be made effective from April 1, 2015. Now the bill will be tabled in Parliament for approval.

The bill also seeks to enhance the eligibility limit for payment of bonus from the salary or wage of an employee from Rs. 10,000 per month to Rs. 21,000.

The Payment of Bonus Act 1965 is applicable to every factory and other establishment in which 20 or more persons are employed on any day during an accounting year.

The bill also provides for a new proviso in Section 12 which empowers the central government to vary the basis of computing bonus.

The last amendment to both the eligibility limit and the calculation ceilings under the said Act was carried out in 2007 and was made effective from April 1, 2006. 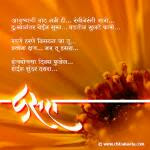 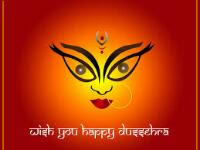 Your kind & authoritative attention is invited to our above mentioned reference & personal interaction with then CPMG in which he had given assurances for concrete remedy. Despite of this, no improvement on any section till the time & leaving the operative officials into lurch. In addition to the issues placed in the previous references, the following major issues may be addressed to make a conducive working atmosphere & friendly customer service which is now a nightmare.

1.       Single-handed & double-handed post offices bandwidth issue & its implications at operative level:-
Assurances was purportedly given by administration to increase the bandwidth in single-
handed & double-handed CBS post offices. However till date, the, the assurances have been thrown to the wind & still mostly the single-handed & double handed CBS post offices are running on same bandwidth of 256 kbps for the primary BSNL/MTNL Line & 128 kbps for secondary Sify line. The reality is that most of the time during counters hours in MFL Divisions; the officials working in single-handed offices are just starring at plain white screen logging into finacle.
As a result, it is frequently witnessed that officials have to compel to travel physically all the way to a nearby Head Office of the Sub offices concerned which is having higher bandwidth & feed the entries received across the counter. This has become a routine happening in almost all rural divisions, or else the officials having no other choice have to face the customer ire as well as anger & are forced to divert the customer to the nearby sub-office having higher bandwidth. This is likely to result in drastic reduction of number of transactions in single-handed & double-handed post offices. If this trend continues, the single-handed & double handed post offices may become an extinct category of post offices on account of poor statistics & death knell will be sounded on these offices for closure by administration in the name of establishment review.

2.       DC Closure issue:-
Consequent to the increase in large number of post offices in CBS, it was experienced for the past two-three months that the Data Centre Closure process is executed during day time that too during peak counter hours, this result in slow accessibility of finacle throughout the Circle as well as country. Irrespective of bandwidth, the finacle slowness has been experienced in all post offices in the recent past. When the counter & the data centre closure of previous working day ends at late night the officials are made to stay during night hours to complete the EOD process.
Also it very unfortunate to mention that division offices are not controlling these situations properly & tossing the responsibilities on RO/CO. SPOC at divisional level should be not below the rank of ASP. But unfortunately some division offices are appointing system administrators who are already overburdened as a SPOC instead of ASP & tossing the responsibilities on their shoulder without taking any decisions in isolated or extra ordinary circumstances.

3.       Inward cheque clearing operations:-
Due to finacle slowness the most affected operation is the cheque clearing operation. The clearing house sends the images of the cheques to the respective Head Offices at around 8.00 am in the morning. The onus of furnishing the information pertaining to bounced cheque, that too before 11 am to the clearing House, lies on the respective Head Offices. If the information pertaining to bounced cheque is not received before 11 am from concerned HO’s, the entire amount of Inward clearance are deemed to be cleared by clearing house.
This cheque clearing operation is time-bound operation. During finacle slowness, this operation is hampered to a major extent. The officials are not able to furnish the Bounced Cheque information before 11.00 am. As a result, clearing house takes all the cheques as “cleared” even though some of cheque might have not been cleared & ought to be bounced. The amount pertaining to the Bounced cheque has to be borne by the poor officials working in cheque clearing branch. This is major risk factor on the part of the officials working in CBS.
You are therefore requested to take immediate action to set right the issues cropped up because               of CBS & stop further faulty migration of offices into CBS till the reported problems are sorted out.

A line of reply & early action is highly appreciated.